In September of 2019, FlyBy Ads and Amazon Prime Video revealed the release of the second season of the “Jack Ryan” series with the largest illuminated rooftop advertisement ever executed.

Covering more than 75,000sqft spread over six different rooftops, the signs were intended to turn the heads of travelers landing at Los Angeles International Airport (LAX), and to have a viral effect on social media. This effect was ignited on Saturday when Amazon CEO Jeff Bezos posted images of the rooftop signs on his Twitter and Instagram accounts, reaching his more than 1 million followers on each platform. 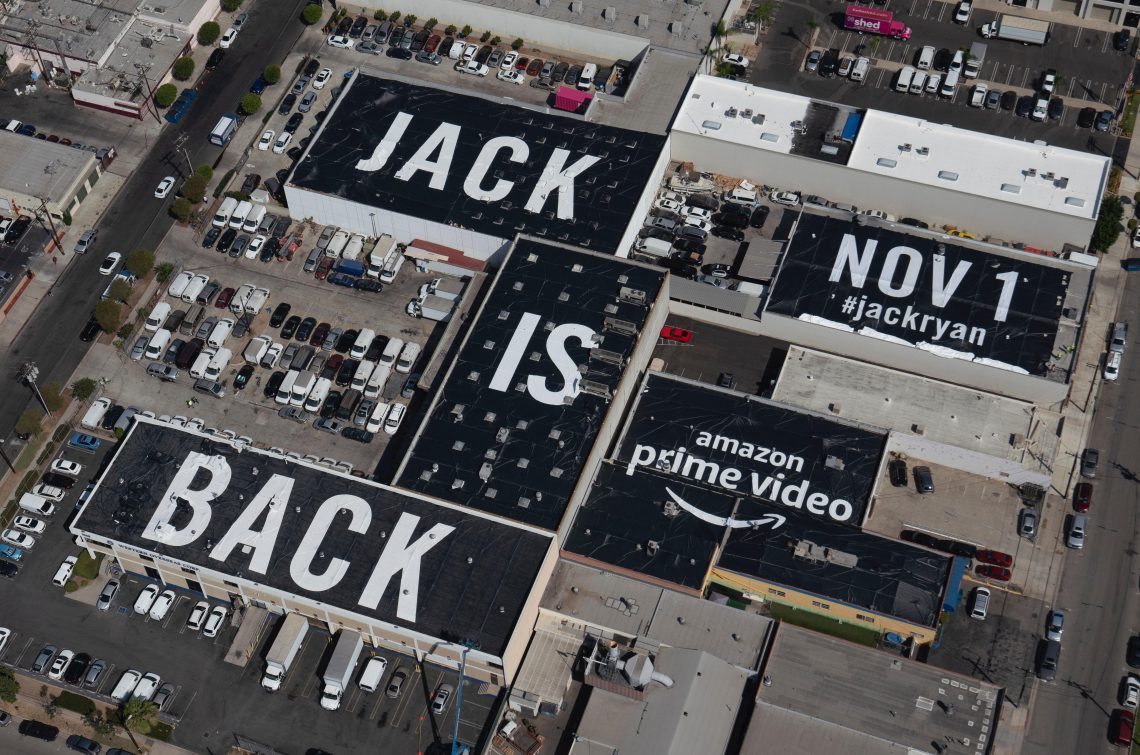 The illumination feature allowed viewing day and night, the first activation of its kind. With a significant number of arrivals during dark hours at LAX, the lighting fixtures increased the overall impression count by roughly a third.

Pictures were taken by passengers and shared within their circles, initiating an organic social media buzz that shared the viewing experience with those not flying overhead. Taking this a step further, the signs generated an immediate spike when the images were posted on multiple social media accounts, with a following topping 3 million. The spectacular display was also included in Adweek, seen on their website as well as in their daily newsletter. With this multi-level approach, millions of viewers engaged with these signs, not only from the window seat of a plane, but also from the screens of their phones.

The spectacular nature of the rooftop signs initiated a viral effect on web and social media platforms. amazon prime video added a reach of over 12.3 million to those consuming their media from the screen of their phones and/or computers. the metrics recorded here are conservative, not including the followers of the 797 retweeted posts, nor does it include the posts via LinkedIn and Facebook. 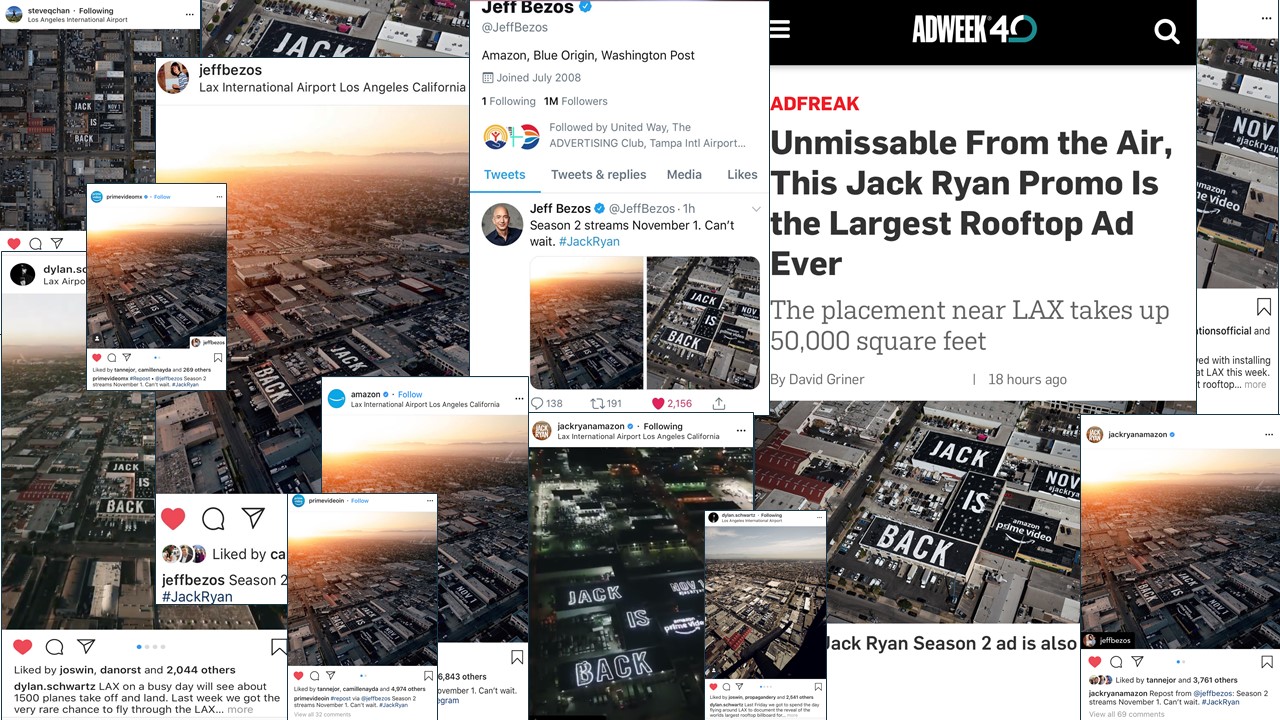